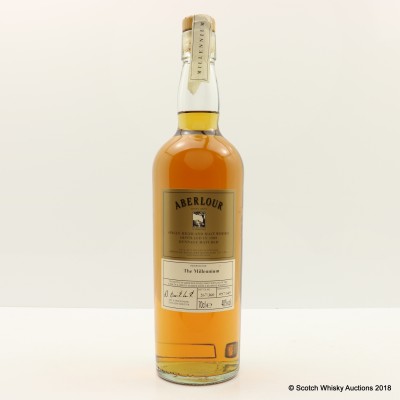 To celebrate the Millennium, Aberlour released 345 Single Casks of 360 bottles each as "Dunnage Matured".

Please note minor marks on label and creasing to seal