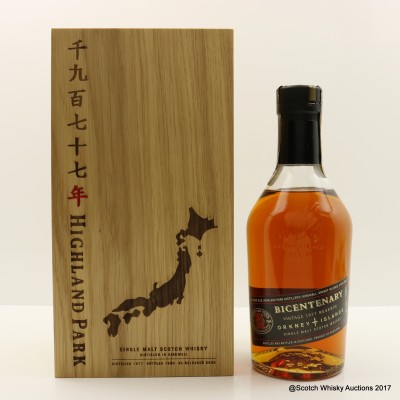 Initially released in 1998 to celebrate the 200 year anniversary of the distillery, the demand for this expression was so great that it sold out almost instantaneously. Or so everybody thought... It wasn't until 10 years later, that a forgotten cache of bottles was discovered in a Japanese warehouse. It was decided to "repatriate" the last 690 bottles of the Bicentenary 1977 Vintage, to celebrate its extended Japanese sabbatical and to offer the opportunity to enjoy this highly-prized and sought-after whisky to a new audience.