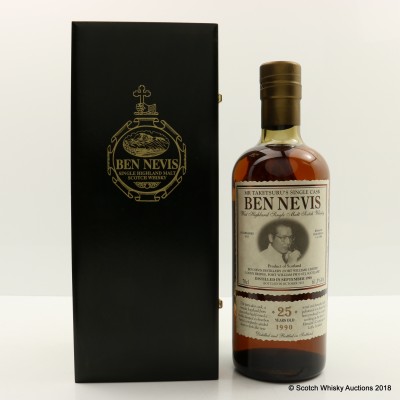 In 1989 Nikka bought Ben Nevis from Whitbread and reopened the distillery in 1990 (it had been closed since 1986).

The very first cask was filled by Takeshi Taketsuru (Masataka and Rita's adopted son) who was both Deputy Chairman of the Nikka and Chairman of Ben Nevis at the time.