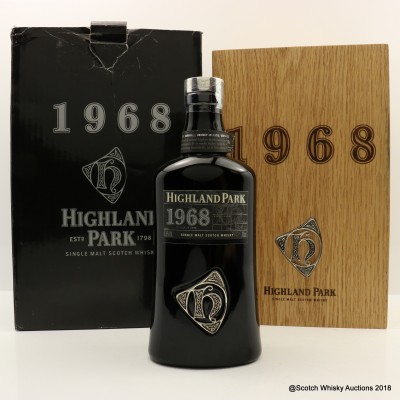 With its naturally golden hue, full-bodied flavour with hints of honey and lemongrass, the Orcadian 1968 Vintage is an exceptionally fine whisky that builds on the peerless reputation of Highland Park.

Bottle Number: One of only 1550 bottles released