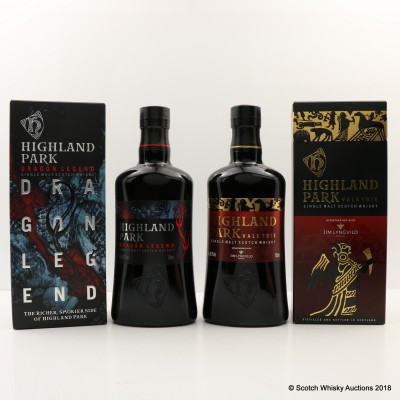 These two bottles are part of a series consisting of three "Viking legend" releases.