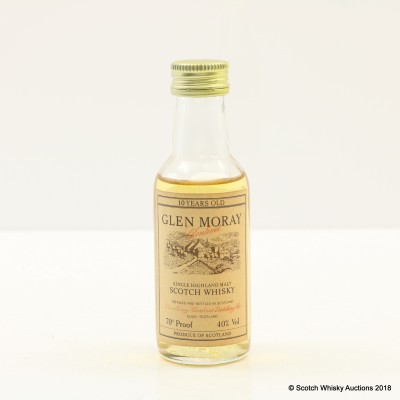 This is a miniature bottling of Glen Moray-Glenlivet.