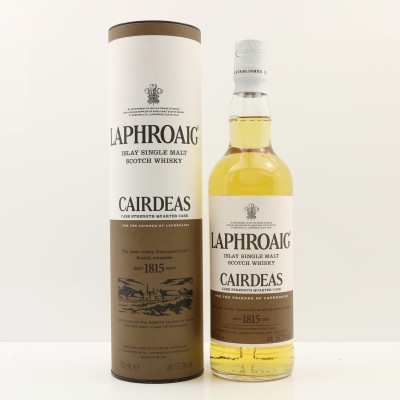 For the 2017 Feis Ile, Laphroaig has taken the absolutely inspired decision to combine two of our favourite expressions in to one tasty bottle! What could be better than Quarter Cask matured Laphroaig, bottled at cask strength?

Featured in The 83rd Auction, ended March 4, 2018
Send to a friend or post on:
FacebookTwitter