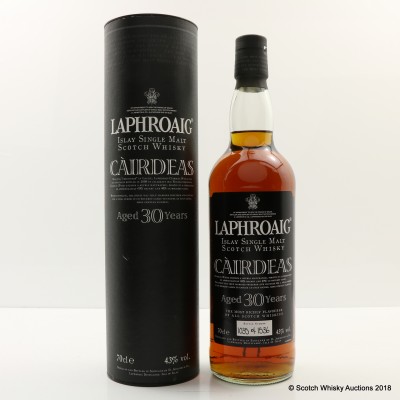 This bottle of Laphroaig 30 year old is to celebrate the cairdeas ("friendship" in Gaelic) worldwide, and this was only available from the distillery shop or by the friends and Laphroaig website back in 2008.