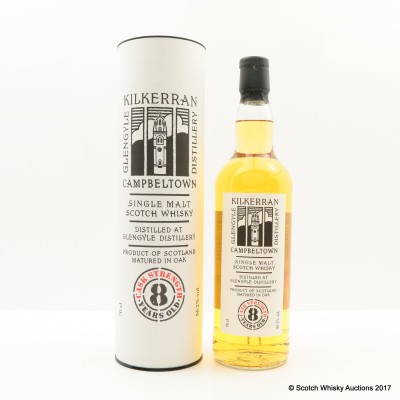 Following up the release of their excellent 12 year old, Kilkerran's first release of 2017 is this limited edition cask strength 8 year old.

Please note condition of rear label, and small mark to the bottle.