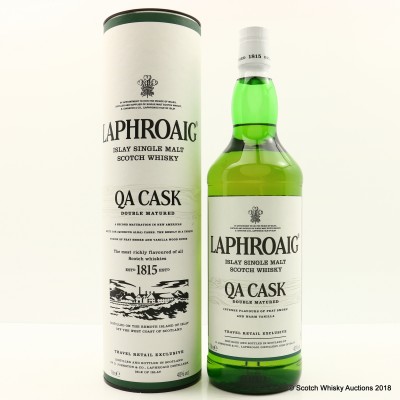 For the Travel Retail market. QA stands for Quercus Alba, which is the Latin name for the American White Oak. While traditionally this wood is first used by the Bourbon industry this release has been finished in new oak casks which brings the vanilla notes very much to the fore.