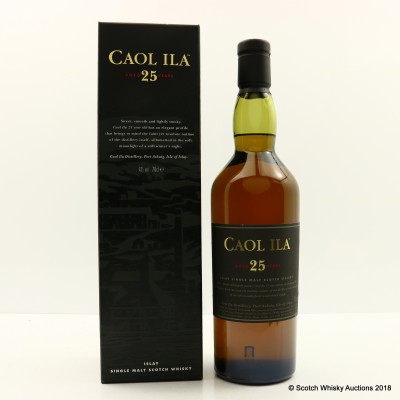 The 25 Year Old joined Caol Ila's core lineup following the success of its cask strength special releases in 2004 and 2005.