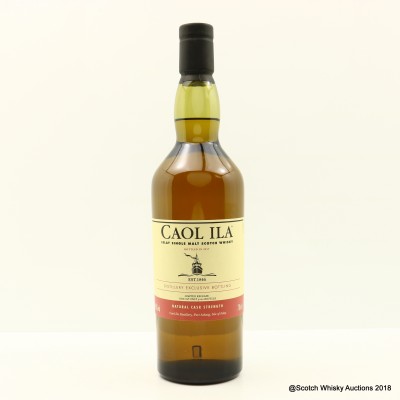 This bottle was sold exclusively at Caol Ila's distillery shop.