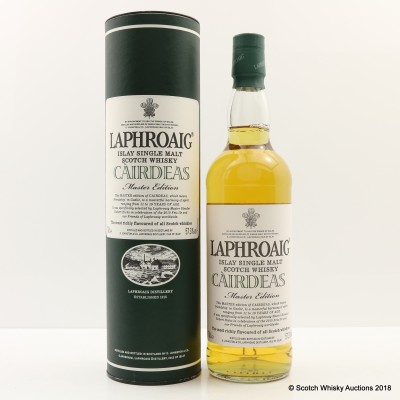 The Master Edition of Cairdeas, which means 'friendship' in Gaelic, is a masterful harmony of spirit ranging from 11 to 19 years of age. It was specifically selected by Laphroaig Master Blender Robert Hicks in celebration of the 2010 Feis Ile and Friends of Laphroaig worldwide.