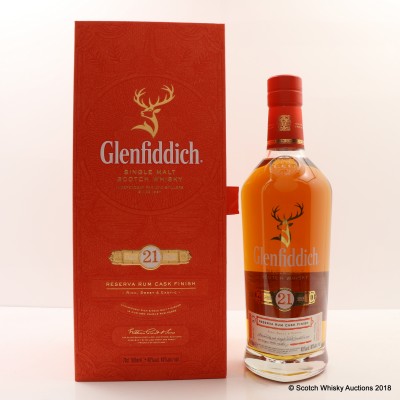 The story goes that when this bottling was released it caused a stir in the US markets due to the associations with the dreaded Cuba that its label implied. This led to its name being changed on later batches to 'Caribbean Rum Finish' and later to 'Gran Reserva ', then it was altered once more to become 'Reserva Rum Finish'... whichever way you cut it, it's a 21 year old finished in rum casks!