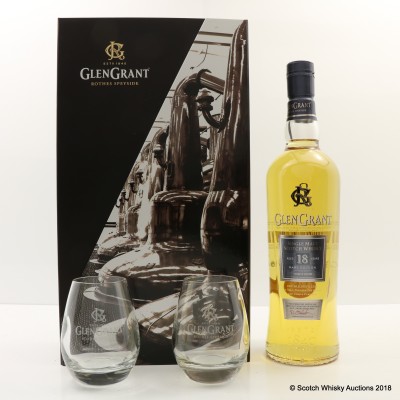 Comes in a gift pack with two branded glasses.