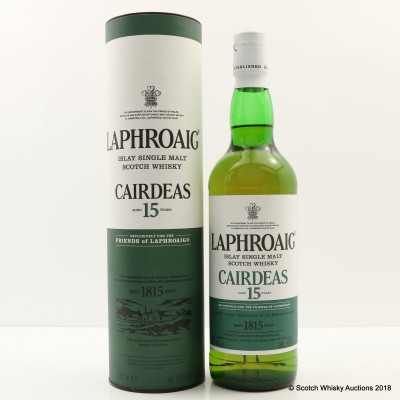 Today, it is the biggest selling single malt from Islay, and one of the last distilleries using its own floor maltings. A special annual release for those lovers of the beloved 15 year old which is gone but not forgotten.

All the whisky is made 100% from Laphroaig's floor malted barley.