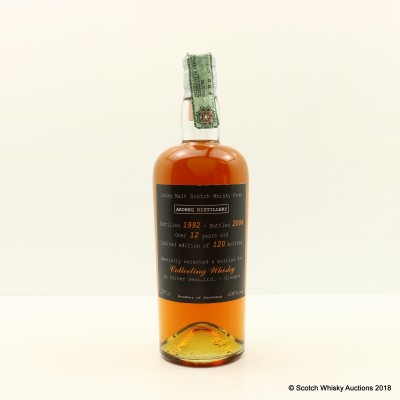 Silver Seal are, in a roundabout way, something of a successor to the iconic Sestante - an Italian independent bottler which operated until the early 1990's. Indeed, Silver Seal owner Massimo Righi is aided in his search for the best casks of rare whisky and rum by one of Sestante's original founders. Although they are far from prolific in output, they are held in high regard by whisky drinkers and collectors alike.

Bottle Number: One of only 420 bottles released