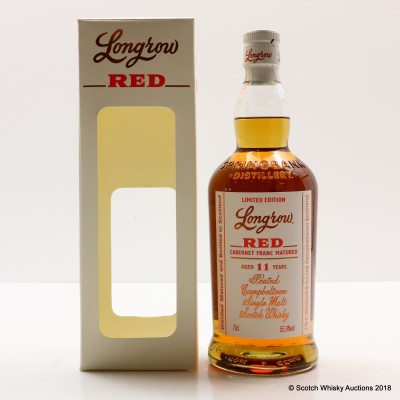 This edition of Longrow's popular Red range was matured for 9 years in refill Bourbon wood, before being transferred into Cabernet Franc Barriques from De Toren Private Cellar in South Africa.