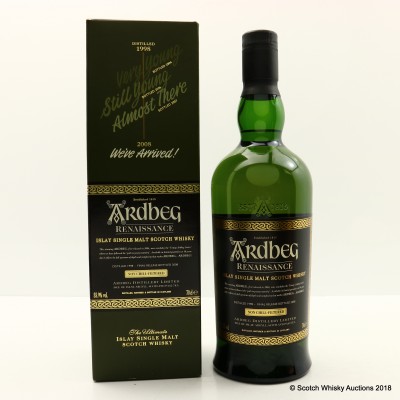 The conclusion of the Very Young, Still Young and Almost There series, this bottle proudly proclaims: "We've arrived." The Renaissance celebrates the rebirth of Ardbeg after the Glenmorangie takeover.