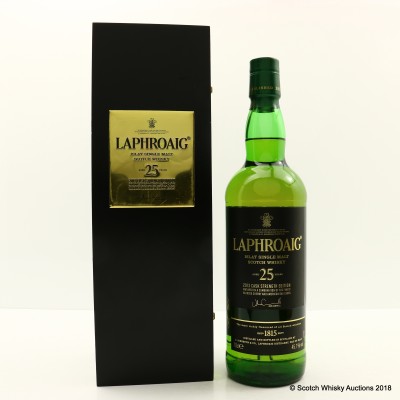 The 2013 bottling of Laphroaig's highly lauded 25 year old. Matured in a combination of Oloroso sherry casks and bourbon barrels, both of which were first-filled. After a quarter of a century of ageing, it was bottled at cask strength.