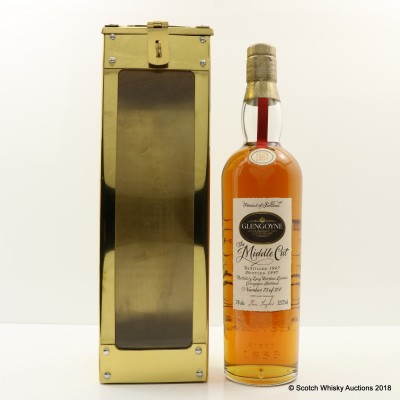 Sitting on the Highland/Lowland border, Glengoyne distills its whisky in the Highlands and matures it in the Lowlands. Founded in 1833, under the name Burnfoot, the distillery is now owned by Ian MacLeod distillers, which champions its slow distillation process and a complete lack of peat as well as a rigorous approach to its sherry cask selection. It selects its own trees in Spain and allows the wood to air dry for two years before it is used for a further two years to age Oloroso sherry.

To celebrate the skill of the Stillman and the art form it is, Glengoyne has produced this limited release of 100 bottles entitled The Middle Cut. Each bottle has been signed by Distillery Manager Ian Taylor.