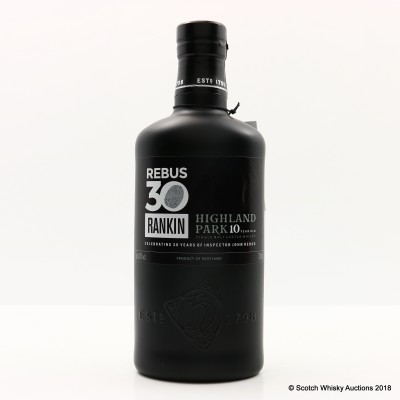 This specially packaged 10 Year Old was bottled to celebrate the 30th Anniversary of Inspector John Rebus' first appearance in print. The character is the creation of Scottish author Ian Rankin, and has become so popular amongst fans of crime fiction, there is even an annual Rebusfest!

Bottle Number: One of only 10,000 bottles released