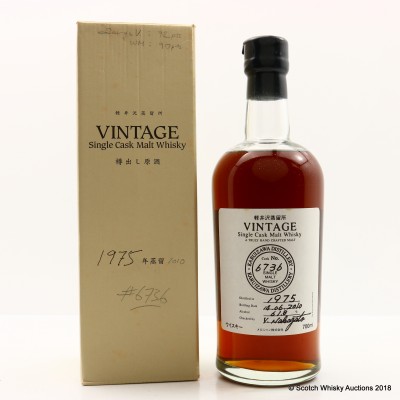 A vintage cask of Karuizawa, this one was bottled for La Maison du Whisky. The Malt Maniacs liked it so much that they awarded it a Gold medal and 90 points back in 2010.

Please note staining to label and condition of carton