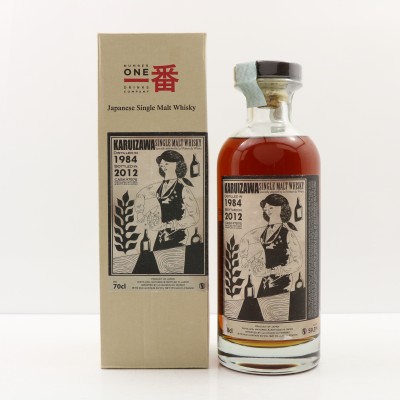 This Karuizawa is part of a series selected by La Maison du Whisky. It is one of 4 casks, with various bar tenders making cocktails. The label shows the bar tender making the famous Japanese ice balls, which are hand crafted.

Please note slight wear to label and crease to carton