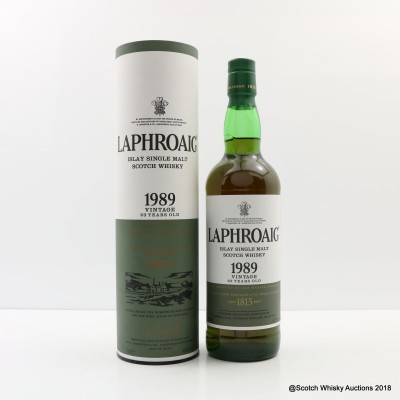 A vintage bottling of Laphroaig from 1989 for the Swedish, Norwegian and Finnish markets. It is supposedly aged in sherry casks, to suit the Scandinavian whisky palate.