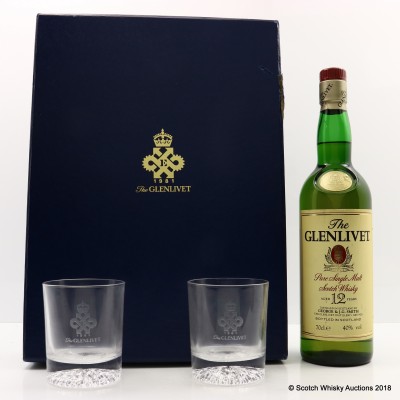 One of the most famous single malts in the world, which is due to be phased out in certain markets to make way for a No Age Statement bottling. Comes in presentation box with branded glasses.