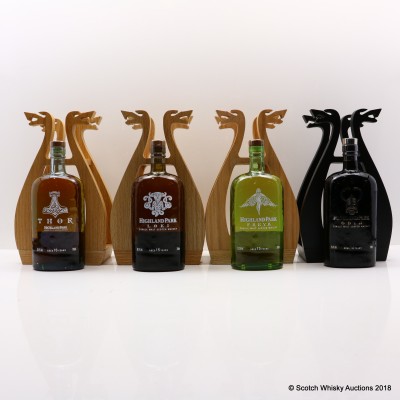 They come from the land of the ice and snow, from the midnight sun, where the hot springs flow!

The Valhalla series has proved a real hit thanks to its sleek Scandinavian presentation, and the excellent whisky contained within.

Please note damage to the frame for Thor.