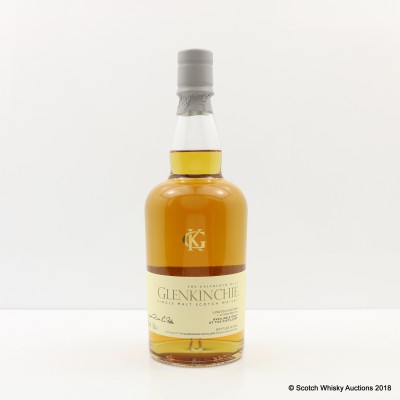 Glenkinchie was originally founded in 1825 and launched under the name Milton. The distillery was cherry picked by Diageo to represent the finest of the lowland whisky region in their Classic Malts range of 1988. Situated in Pencaitland, East Lothian, ‘kinchie’ is a derivative of the name ‘De Quincy’, the family name of the original farmland owners upon which the distillery was built. The distillery also boasts Scotland’s largest wash still at over 30,000 litres, and won the Best Lowland Single Malt at the World Whisky Awards of 2013.

This bottle is only available from the distillery shop.