Highland Park 12 Year Old One In A Million 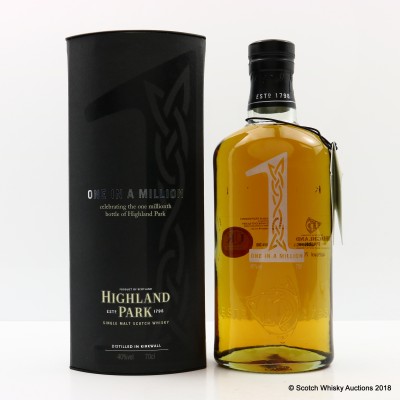 Celebrating the one millionth bottle of Highland Park. Released at Christmas 2007.

Bottle Number: One of only 800 bottles released