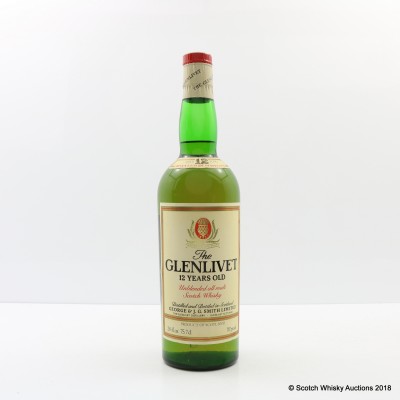 Older bottling of the Glenlivet 12 year old, with the volume and proof in the imperial measurements.