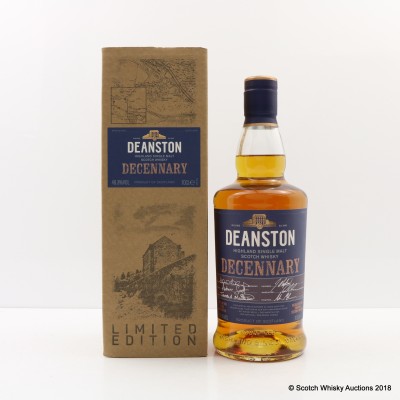 Deanston started life as a cotton mill in 1785 but by the 1960s the mill closed and it began producing single malt whisky in 1967. Today it is owned by South African drinks company Distell and the majority of the whisky is used in popular blend Scottish Leader. Bottled to celebrate five decades of Deanston being a distillery.