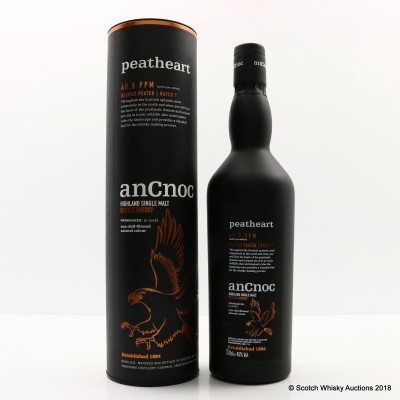 This heavily peated release is malted to 40 PPM.