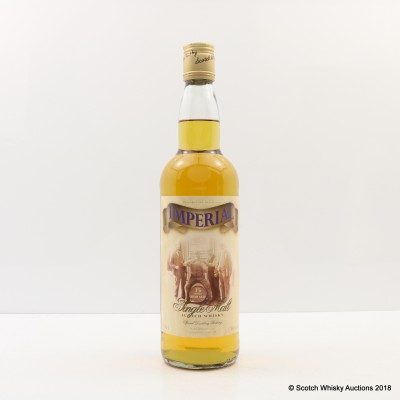 A distillery that was closed more than it was ever open, Imperial produced whisky mainly for blending.The distillery was demolished in 2013, and has been replaced by the Dalmunach distillery which opened in 2015. The new name comes from a nearby pool on the River Spey.

The Allied Distillers bottle was the only official bottle produced by the Imperial Distillery.