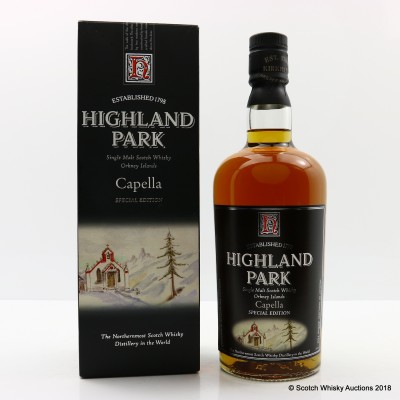 This special UK only release was created to commemorate the 60th anniversary of Orkney's world-famous Italian Chapel. This whisky features an illustration of the Chapel painted by the man at the forefront of its creation – Domenico Chiochetti.

The family of Domenico is delighted to have the painting by their father feature on Highland Park Capella and commented that they are ‘very grateful to the people of Orkney for keeping their father's memory alive’.