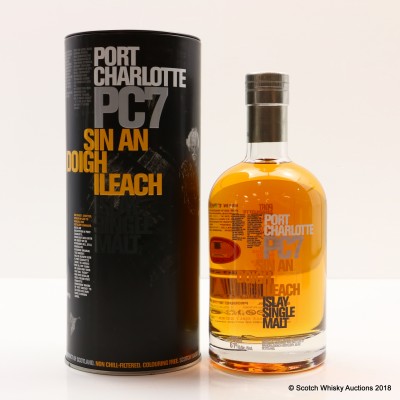 This heavily peated whisky from Bruichladdich is generally peated to 40ppm and is distilled in the same tall stills resulting in a spirit that has both power and elegance. Created to commemorate the Lochindaal distillery, originally called Port Charlotte, which closed in 1929, it was the first spirit distilled by the Murray McDavid team in 2001.

'Sin An Doigh Ileach' translates 'It's the Islay way, and may it never change'

PC7 is a heavily peated release from the Bruichladdich distillery from the limited release Port Charlotte range. This is the third release.