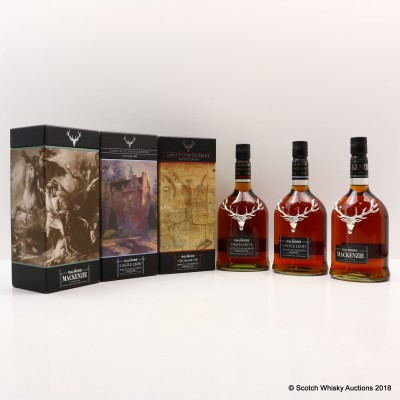 The Mackenzie Clan has quite the history with Dalmore. Not only did the clan used to own the Dalmore distillery for nearly 100 years, it was also the inspiration for The Dalmore’s iconic stag head logo and its motto “I Shine, Not Burn” as that's also the clan motto.

The Dalmore Cromartie is the third in a series of limited edition releases crafted by Master Distiller, Richard Paterson, in homage to the Clan Mackenzie, owners of The Dalmore distillery for over a century. It celebrates the ancient lands of Cromartie, heartland of the clan, and home to Castle Leod, the clan’s historic seat where they still reside today.