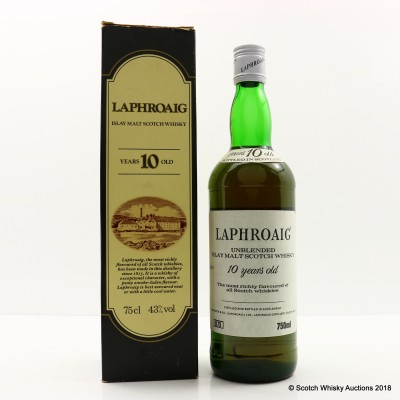 A rather rare 10 year old from the years before Laphroaig received its Royal Warrant. The B73 where the ABV should be on the bottle indicates this is a South African bottling. These were bottled in the 1970s.

Please note marks on label and condition of carton