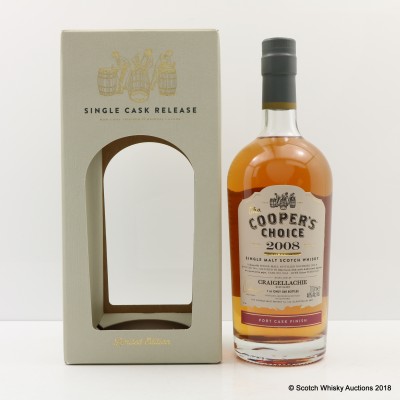 This expression of Craigellachie has been bottled by Cooper's Choice.