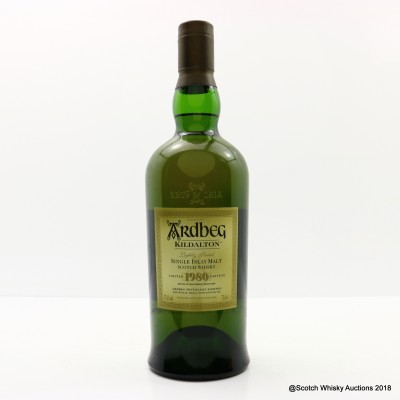 Back in 1980 the distillery manager Hamish Scott tried a small experiment. He created asmall batch of unpeated and one of lightly peated whisky (we know; unpeated Ardbeg!!). He then combined these two spirits and created the Kildalton 1980.

Not to be confused with newer release "The Kildalton Project" (the only connection between the bottle is the Kildalton cross), this very unusual bottle of Ardbeg was only released for committee members and has become a bit of a legend with Ardbeg connoisseurs.

Bottle Number: One of only 1300 bottles released