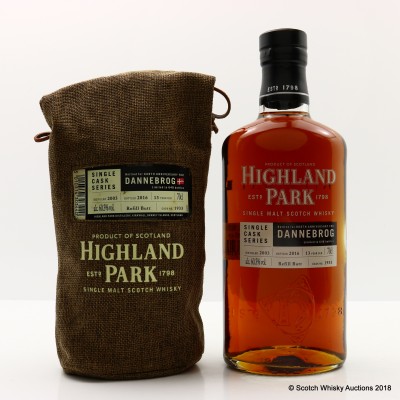 This single cask has been bottled to celebrate the 808th anniversary of the Dannebrog (the Danish Flag).