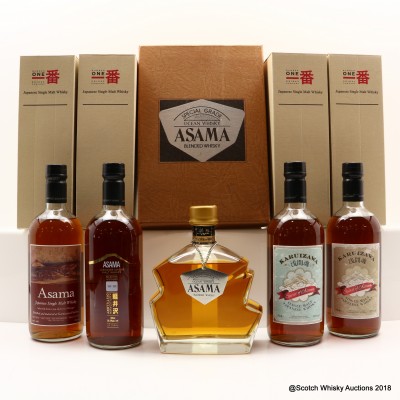 This Is an assortment of four Single malts and one Blend.