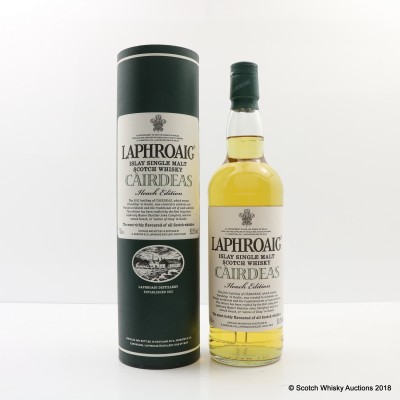 This 2011 bottling of Cairdeas - which means "friendship" in Gaelic, was created to celebrate Friends worldwide and the traditional art of cask selection. This edition has been crafted by the first Islay-born Laphroaig Master Distiller, John Campbell, and is so named Ileach, or "native of Islay" in Gaelic.