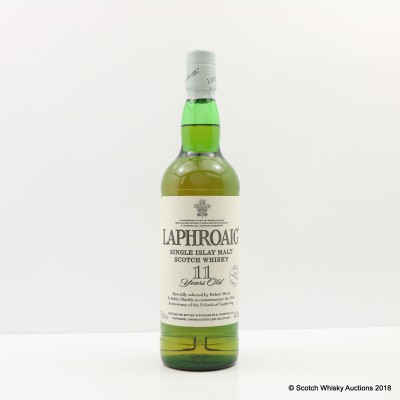 Laphroaig was founded in 1815 by two brothers from the unassuming Johnston family on the south coast of Islay. Named after the location that the distillery itself was created upon, the name loosely translateS to the ‘broad hollow by the bay’. In 1994 the Prince of Wales awarded it the Royal Warrant, an accolade attested to no other whisky on earth. Rumour has it that it was the Prince’s most favoured whisky.

This whisky was bottled at its unusual age as part of the celebrations of the 10th Anniversary of the Friends of Laphroaig. Each bottle has been personally signed by Robin Shields.