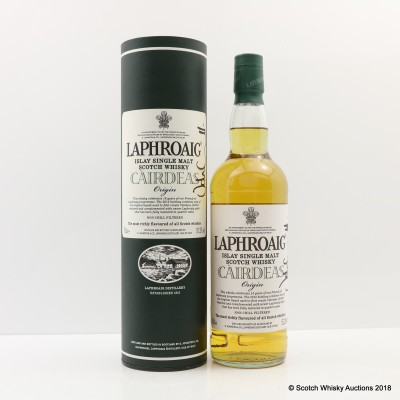 The 2012 bottling combines some of the original liquid used to first create Cairdeas, further matured with newer Laphroaig spirit that has been matured in quarter casks. The bottle and carton have been signed.