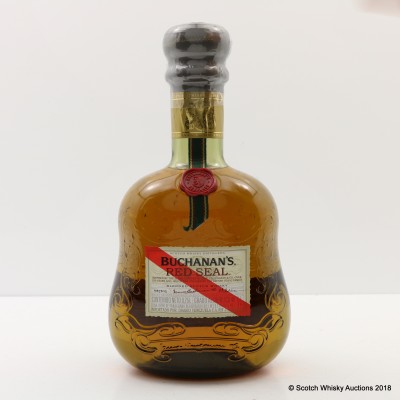 The creator of two of the world's most recognisable whisky brands (Black & White, and Buchanan's), James Buchanan was one of the great businessmen of his time. Tenacious and charismatic, his salesmanship led to the securing of several distribution contracts in London; including one for his blend to be the official whisky of the House of Commons. Capitalising on this success allowed him to expand his empire globally, and eventually found the Glentauchers distillery in Speyside.

An old and very rare blend, Buchanan's Red Seal was launched by Diageo for markets in South America, as well as duty free markets.

It is based around whisky from the Dalwhinnie distillery, and it won a Best in Class at the 2006 IWSC!