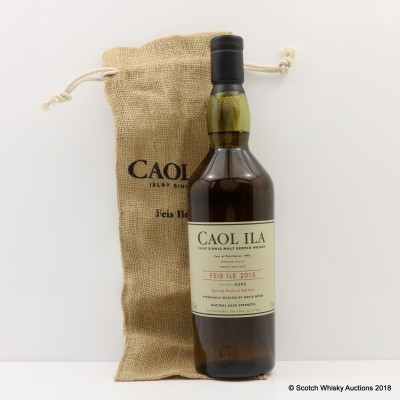 For the 2015 festival Caol Ila gave us another amazing triple matured dram. This time a combination of American oak, Moscatel wine casks and Sherry Puncheons were used.