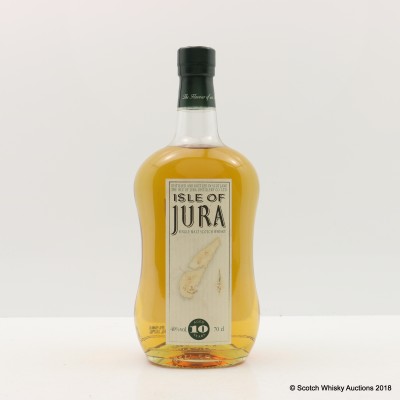 Old style bottle and label from Jura's only distillery.