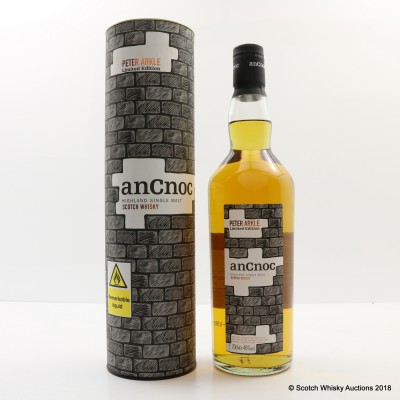 In 2012 anCnoc teamed up with Scots-born illustrator Peter Arkle to launch a series of Limited Edition whiskies. Now living in New York, Peter refers to anCnoc as 'remarkable liquid' and enjoys its 'magic'. It seems fitting then, that he should work on producing the packaging for the Collection.

This is the third release in the Peter Arkle Limited Edition range and this one features a picture of a dunnage wall as drawn by Peter on his visit to Knockdhu distillery in 2011.