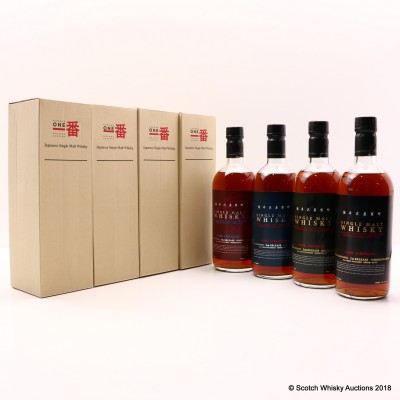 This is the set of four releases from the ''Cask strength'' series from Number One Drinks Company. This series was created with the aim of being a way of providing bottlings of Karuizawa at an affordable and drinkable (!) price.