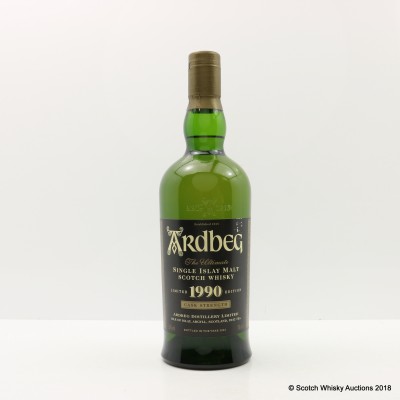 Cask strength Ardbeg Initially intended for the Japanese market. However, a very small parcel of them were available at the distillery. You can tell the difference as the back label was translated into Japanese for the export edition where as the others were released without a back label. Rumour has it there were only 600 of these distillery bottles released.